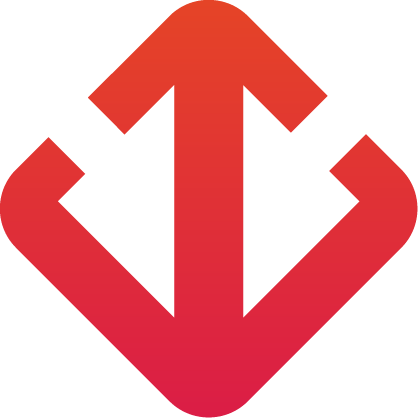 ‘Beautiful Native Apps in Record Time’- This is a Great Promise of Google’s UI Toolkit Known as Flutter.

Since the release in May 2017, Flutter has drawn the attention of thousands of app developers globally through excellent functionality and a rich catalog of a widget. In recent years, Flutter app development is thriving because many enterprises have selected Flutter for developing high-end apps. Some of the highly innovative and popular apps like Alibaba, Google Ads, and Reflectly are powered by Flutter.

Though Flutter gains ground in the developer’s community swiftly, many entrepreneurs still prefer to sit on the fence for developing apps using Flutter. This blog talks about the major benefits of the Flutter platform. Here we mention the pros and cons of this popular platform from the perspective of a Flutter app development company. As an entrepreneur, you will certainly find these aspects useful to choose Flutter for your next app project.

Before moving forward, let’s have a brief introduction to Flutter.

Though announced in the Google I/O event in May 2017, Flutter was available for the Web preview version in the year 2019.  Flutter was developed by the developer’s team at Google for enabling app developers to build engaging cross-platform apps in a short time. The platform renders standard web technologies including CSS, JavaScript, and HTML. Google has used Dart language to write the code of Flutter. Flutter is capable to become a future of cross-platform app development.

Here are The Key Benefits of Flutter App Development for Your Business. 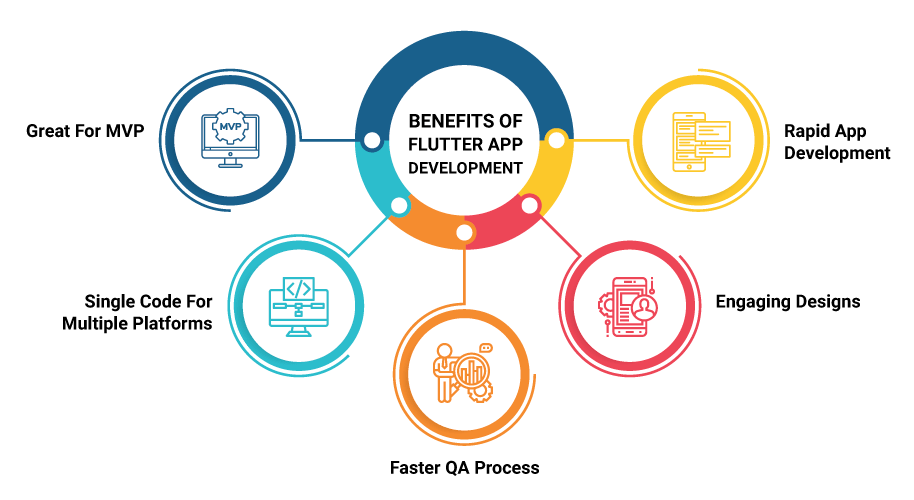 Flutter app development is faster and more dynamic as compared to other cross-platform development frameworks. Developers can easily make changes in the app’s code as per necessity, and see the changes right away thanks to the Hot Reload feature. This feature facilitates developers to implement changes in a fraction of seconds. Be it a feature addition, bug fixing, or performance improvement, Flutter is a robust platform to make changes in a short time.

The Hot Reload feature also promotes coordination between the developer and the designer. It is possible to improve the app’s look and feel anytime as the design and development can be done at once, and the team can see the changes in the app immediately. In native app development, the app project may take more time if developers want to make even a single change in the app.

Developers need to write a single codebase for Android and iOS platforms. Flutter has its own set of widgets and designs, which makes it independent of native platforms. As an entrepreneur, you can get an advantage of dual platforms for addressing a huge audience through a Flutter-based app. When you hire Flutter developers, you can remain assured of developing apps rapidly. What’s more, Flutter apps can work smoothly across both platforms, and you can get the advantage of promoting your business across both iOS and Android platforms.

Also Read – How Much Does Flutter App Development Cost?

The faster app testing in Flutter also enables entrepreneurs to reduce the TTM (Time to Market) and help them increase RoI by offering an edge over competitors.

Flutter has many widgets to meet diverse business needs. Flutter app developers can easily customize the existing widgets to address the client’s changing requirements. Material Design widgets and Cupertino widgets are designed to make elegant apps for Android and iOS respectively. Also, the thriving community of the Flutter app developers brings innovative design solutions frequently. Developers can consult their peers in this community with ease to come up with appealing UI interfaces. Finally, the Flutter app can seamlessly run on Android Jelly Bean or newer versions as well as iOS 8 and higher versions.

If you own a startup and want to come up with a Minimum Viable Product (MVP) for experimental purposes, then Flutter is a great option for you. You can easily show the MVP to your investors. The Flutter supports MVP development, and therefore, you can easily bring an MVP for your app project in a short time.

However, it does not mean that Flutter has no cons.

Flutter app development enables developers to build a two-dimensional app. It is also possible to build full-fledged apps that support device features and geo-location. Entrepreneurs can come up with impressive business apps using Flutter. If you want to stay ahead of the curve through a native-like cross-platform business app, you can simply hire Flutter app developers. Flutter apps can meet your key business requirements efficiently in a cost-effective way.

It is fair to mention that Flutter app development services are highly useful for startups and SMEs as they are cost-effective and build a customized app in a short time. If you have a bright concept for a mobile app, or if you want to develop an MVP (Minimum Viable Product) then Flutter app development should be your choice. However, it is better to consult a reputed mobile application development company to get the feature-rich app solution for your enterprise.

At WebOccult, we value your investment in mobile app development.  Our in-house team of experienced app developers assists you to come up with a seamlessly-performing app for either native platforms like Android and iOS or cross-platform. Just send us an email at [email protected] to initiate the discussion on your next app project.

How Contact Tracing App Helps Us Combat against Coronavirus 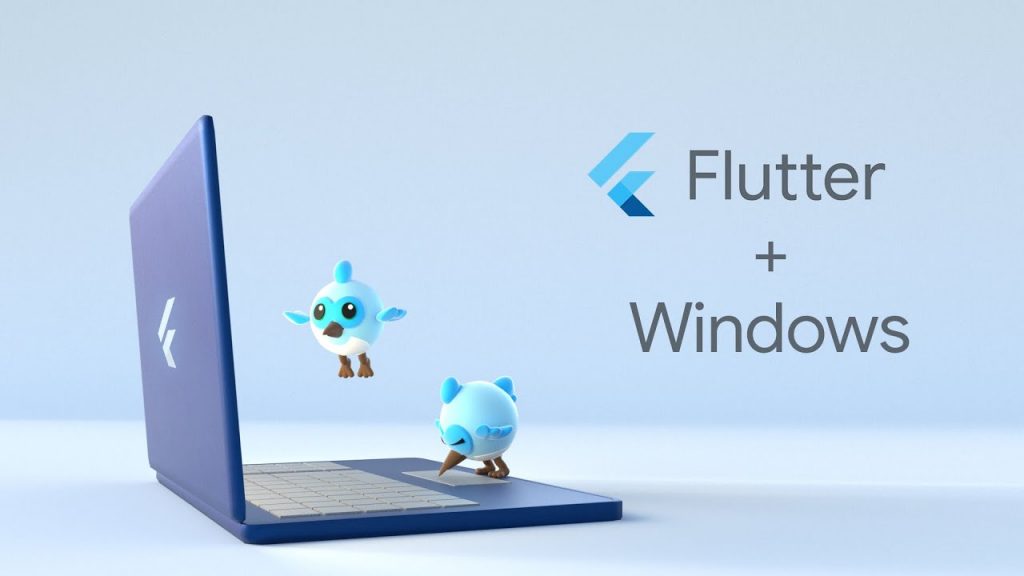 The top AI trends in 2022 offer an excellent overview of the technological innovations businesses will face in the coming months. Indeed, in recent years, AI has been at the origin of essential developments in modern organizations. But what does this technology have in store for us in 2022? The answer is in our file. […]